What is Electric Current?

The electric current flows from the higher potential to the lower potential. If the two points in the circuit is at the same potential, the flow of electric charge is zero hence the current is zero.The magnitude of the current depends on the rate of flow of charge from one point to another point in a given circuit. 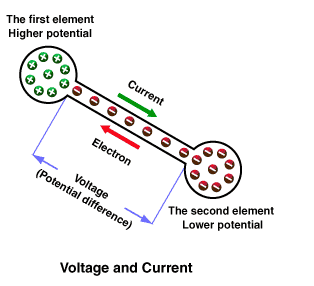 The conducting material has large number of free electrons that can easily move from one atom to another atom under application of potential energy. The flow of electrons or charge is the main reason of flow of electric current in the circuit. 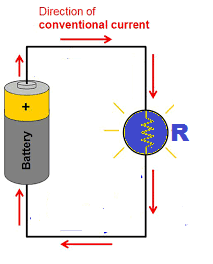 The current formula is;

If 500 Coulomb charge passes through a conductor by 100 seconds, then current is;

How current flows in a circuit? 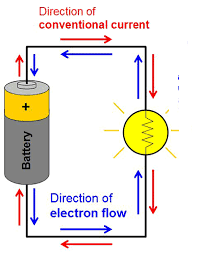 Previously, it was an assumption that the flow of the electric current  happens because of positive charge. Now it has proved that drifting of electrons from the lower to higher potential point is the main reason of current flow. The flow of current caused by external field is the drift current.

There are two types of electric current. 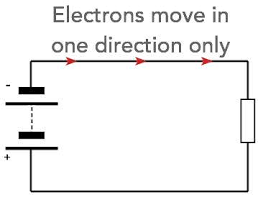 When the current flows in positive and negative direction alternatively in a cycle is called alternating or AC current.

I = Current in ampere
R = Resistance in Ohms
t   = Time in Seconds
This is known as Joule’s Law of heating.

Magnetic field is set up around the current carrying conductor. We can find the direction of magnetic field using right hand rule.

The magnitude of the force can be expressed as;

18 thoughts on “Electric Current and Theory of Electricity”