Skip to content
The power cables are used to carry power from supply source to the load point. The cable has DC resistance which depends on the size of the cable. When current flows through the cable the heat loss I2R takes place in the cable. The heat loss in the cable is proportional to the square of the current flowing through the cable and proportional to the cable resistance. The harmonic current cause additional heating in the power cable due to increased I2R losses. 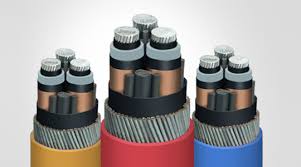 This sort of current waveform contains harmonics. If we synthesize this waveform let the magnitude of the harmonics are as follows.

The harmonic spectrum of the current waveform is as given below.

The RMS value of the non-sinusoidal current waveform cab be calculated by taking the harmonic current into account.

1 thought on “Effects of Harmonics on Power Cables”